In a 10-year study in the US, people who drank regular coffee reduced their many causes of death, including heart disease and diabetes, compared to those who didn’t drink coffee.

Many studies have shown that coffee consumption is associated with a reduced risk of death in general and heart-related in particular.

The researchers used data from a previous study of 90,317 people without cancer or cardiovascular disease and monitored from 1998 to 2009. They reported coffee consumption along with the details about diet and other health at the start of the study.

By 2009, about 8,700 people had died. After taking into account other factors such as smoking, the researchers found that coffee drinkers had a lower risk of death than those who did not drink coffee during the study.

According to a report in the American Journal of Epidemiology, the risk of death is lowest for those who drink 4-5 cups of coffee a day. A similar situation has been observed among coffee drinkers who have had caffeine removed.

The researchers found that coffee drinkers reduced the risk of death from heart disease, chronic respiratory disease, diabetes, pneumonia, flu, and suicide but did not include cancer.

Loftfield said that although drinking coffee inversely had correlated with the incidence of certain cancers such as the liver, in epidemiological studies, we had not observed a link between coffee and the rate. He also confirmed that coffee only reduces the risk of death for certain cancers but not all. 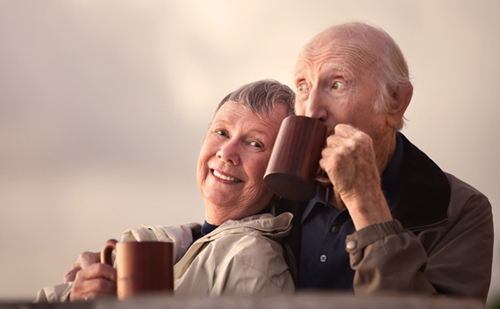 Loftfield added that those who drank 2-3 cups of coffee a day had an 18% lower risk of death than those who did not drink coffee during the follow-up. Drinking up to 5 cups a day, or 400mg of caffeine a day is not associated with any long-term health risks.

According to a report by The American College of Obstetricians and Gynecologists (ACOG), moderate amounts of caffeine, up to 200 mg per day, are even safe for pregnant women.